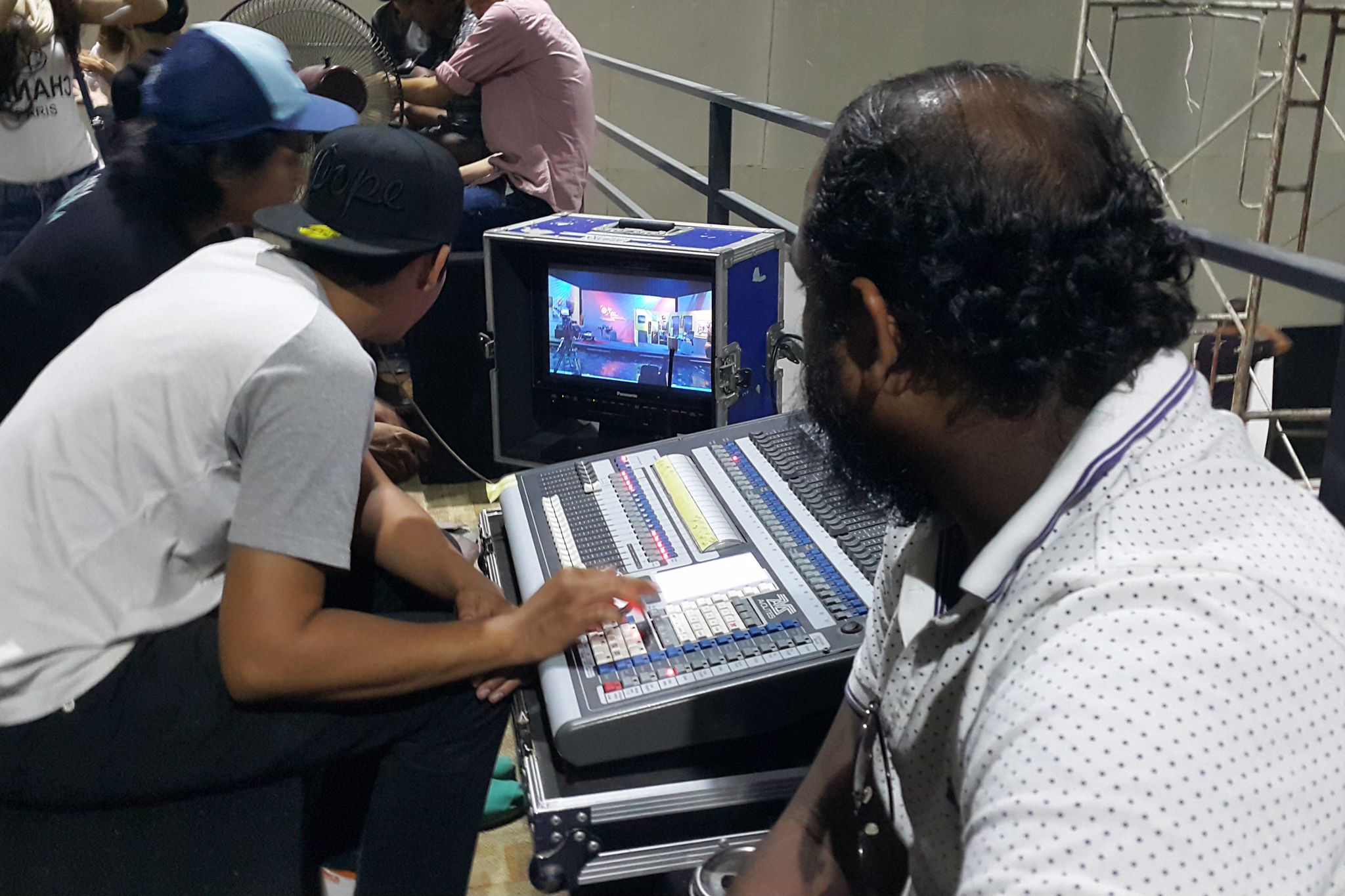 This photo was taken during a trip to a broadcasting studio. Teamwork is really important during a recording, especially live ones, to ensure that everything goes smoothly.

Imagine a world without movies, music, art, stories and all the things that are products of creativity. So lonely, so quiet and definitely so much less vibrant and interesting, isn't it? The advancement of digital technology has further woven creative contents into our day-to-day life. From enormous billboards lined along the side of the highway to a small packet drink in your hand, all of them were carefully thought out and designed to do more than ensuring the clarity of the message. However, Mass Communicators are often being painted with stereotypical misconceptions despite playing important roles in most if not all organisations. 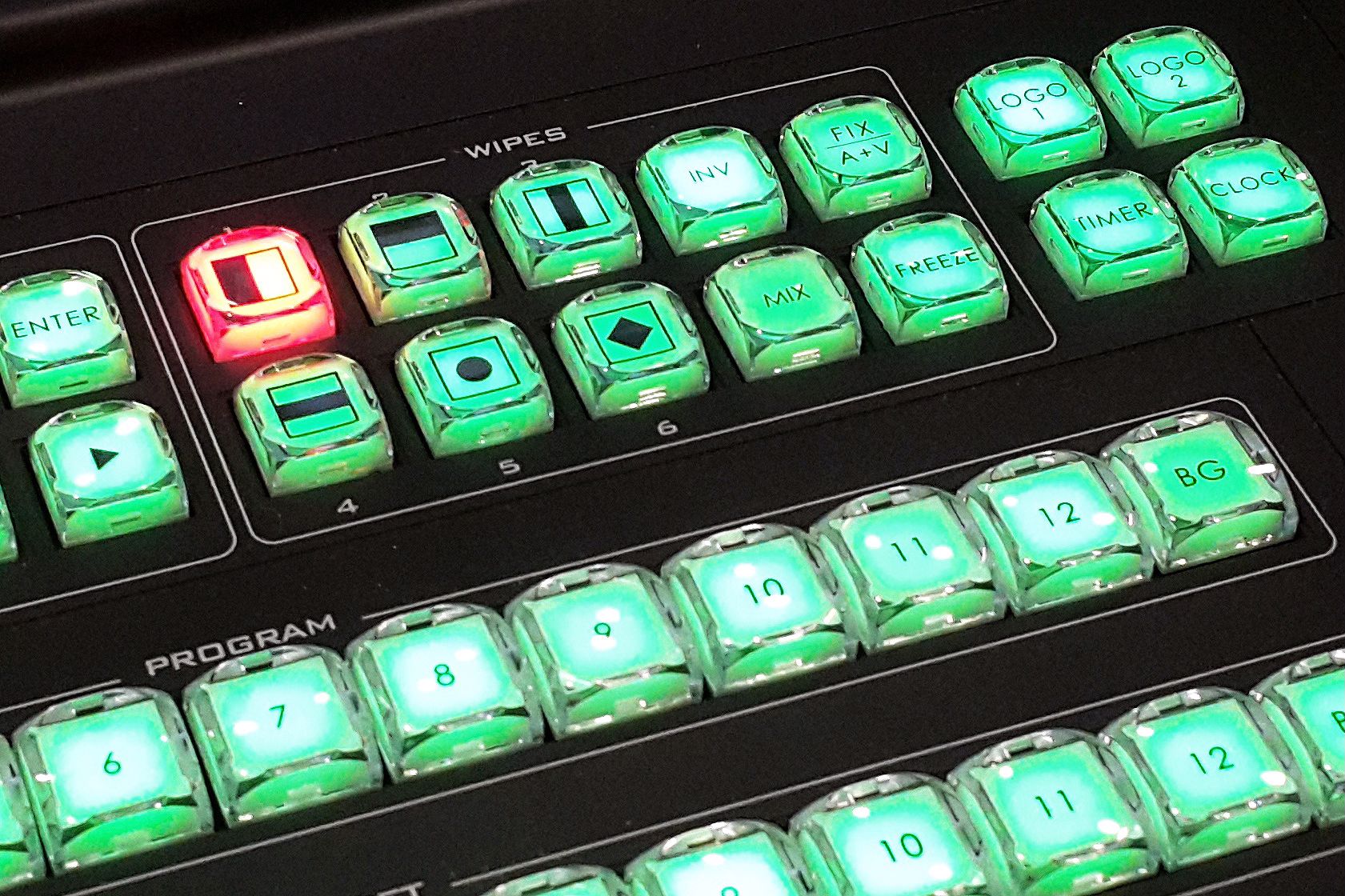 Most of the equipment are complicated and come with a lot of buttons to get the most accurate tuning. It usually takes some time for us to familiarise but at first glance, it is definitely overwhelming for people who were not exposed to these equipment before.

In the eyes of majority public, communication majors are usually linked with negative connotations such as having bad grades, lazy and are deemed as people who just want to have fun as well as to complete their degree with the least effort exerted. As the person who had been there and done that, I can tell you that all of those are mainly false nor being a communication major is as easy as everyone thinks. Communication majors often have to burn the night oil to meet deadlines and many of us are in it with genuine passion and interest. Unlike something that can be memorised, this line of work requires both critical and creative thinking.

Mass Communication is beyond writing, designing, speaking and recording. In this cutthroat industry, I think it is more important to be the jack of all trades than the master of one. This is notably relatable in current generation where the usage of digital media in a plethora of industries is getting more prevalent. An increasing number of organisations are realising the importance of branding and marketing, spurring a high demand of communication majors. After all, every organisation should have their very own personality when they interact with their customers to not only garner the public's attention but also to maintain a strong presence in saturated industries. 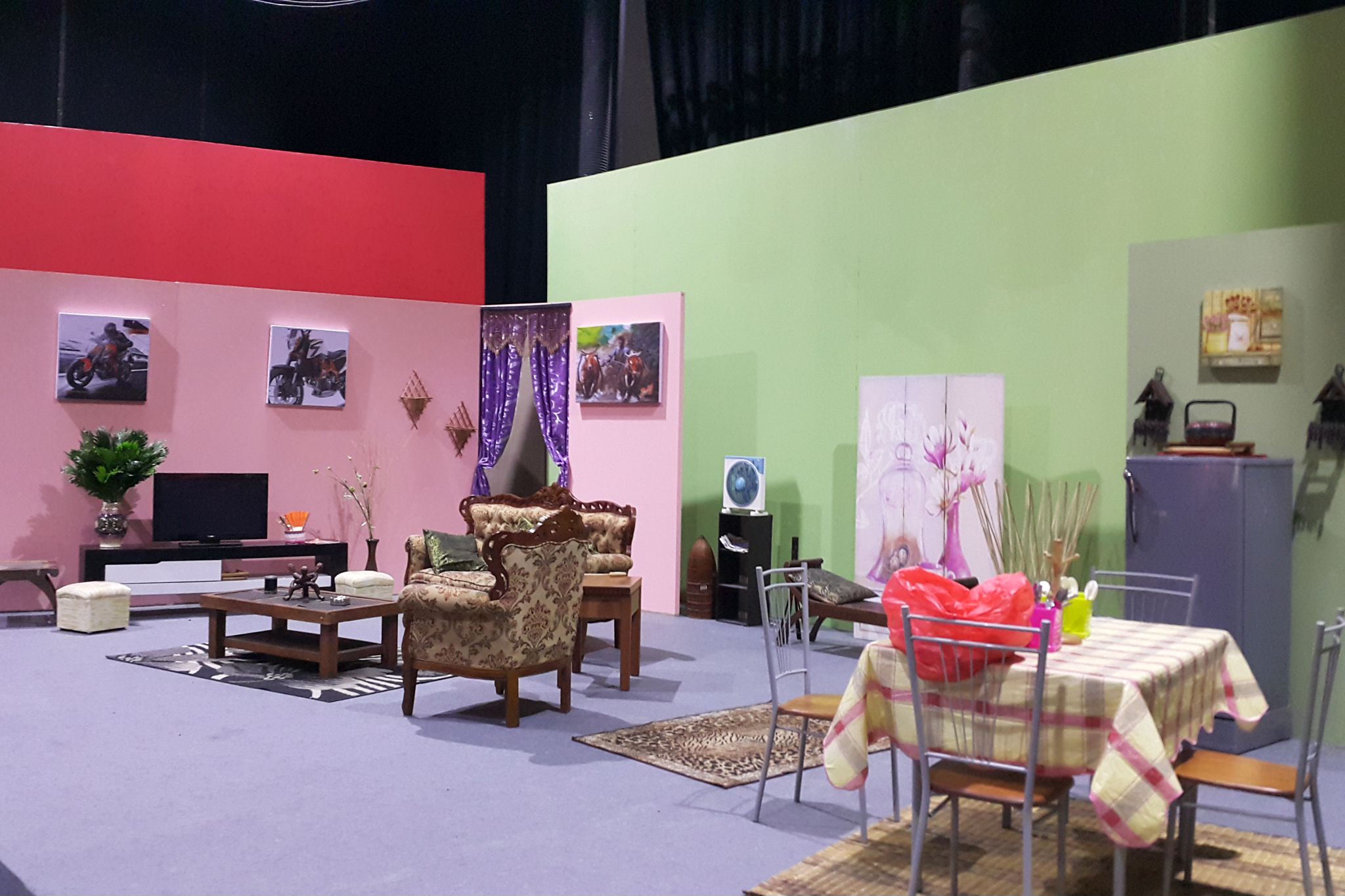 This is one of the many sets assembled in the large studio, they are built from scratch and will be taken down after the completion of filming. Sometimes, due to time constraints, the staff will need to work around the clock without rest to assemble it in time.

When it comes to the creative field, much consideration, effort and time are put in every piece of work regardless if it is a photograph, an article or a film to produce something that brings in the most value. A mere one-minute advertisement may need up to weeks of preparation and even then, some areas still need to be tweaked on the spot during the filming. In this industry where consistency is hard to achieve, it is where one's improvisation skills are put to test. To top it off, the outcome is almost never predictable because it can be a hit or a miss. 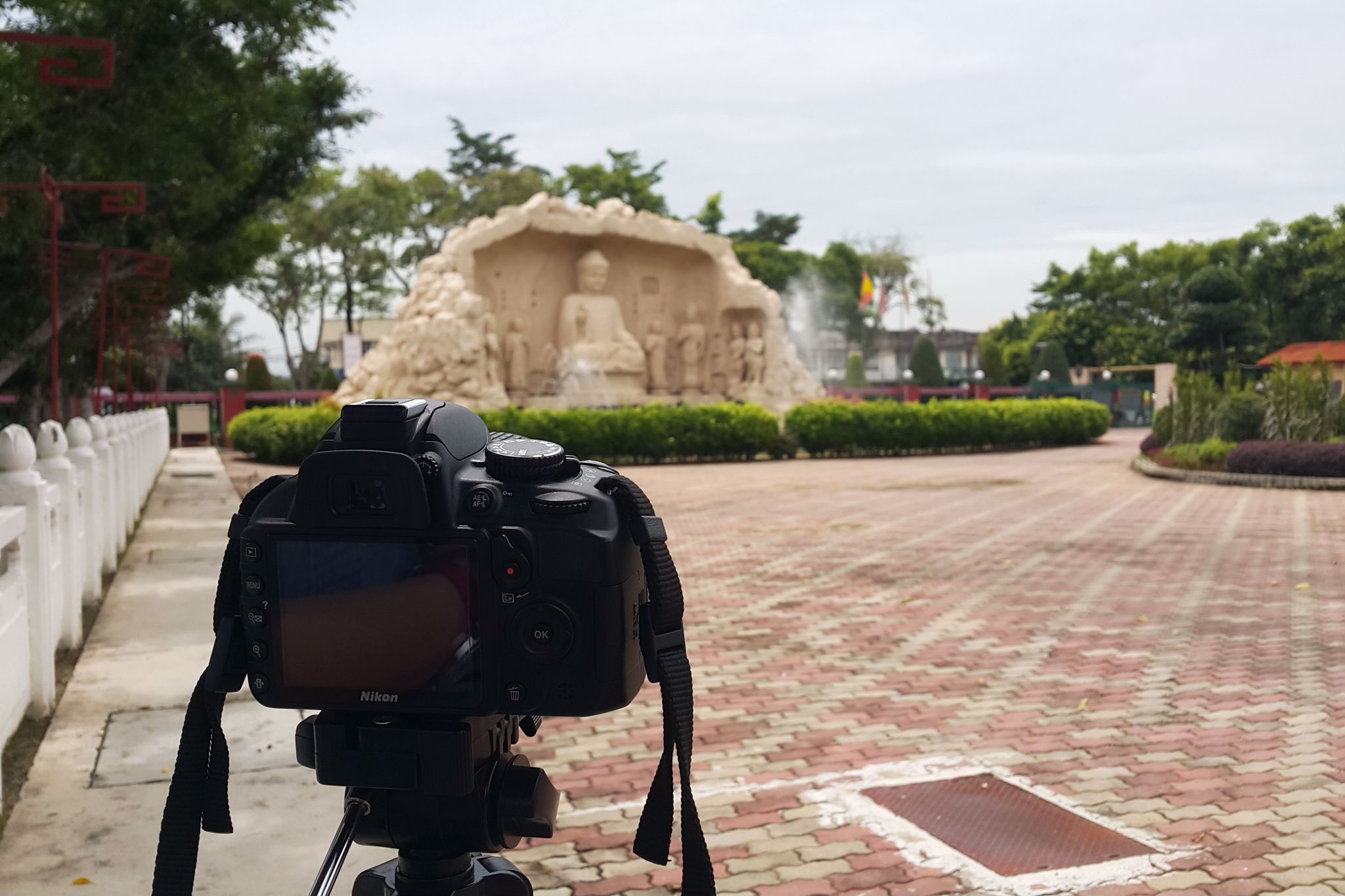 Outdoor filming and photography are just as fun, minus the part where you risk getting roasted by the sun. All jokes aside, this line of work may be tiring but all is worth it in the end.

It is essential for organisations to connect with customers, especially after the emergence of social media. Thanks to social media, connecting with customers are easier, faster and better than ever before. There is a need for businesses to have a distinct image, carrying their unique persona so that customers can recognise and recall the brand in the snap of a finger. Depending on the varying target groups, each of them has a different way to be approached and appealed to through a diverse spread of marketing strategies such as campaigns. This is where the creative department in businesses need to put on their thinking caps because what works for other organisation's customers may not work for their own. Though, no matter what, it is crucial to stay relevant and sincere in the messages that one is trying to convey. 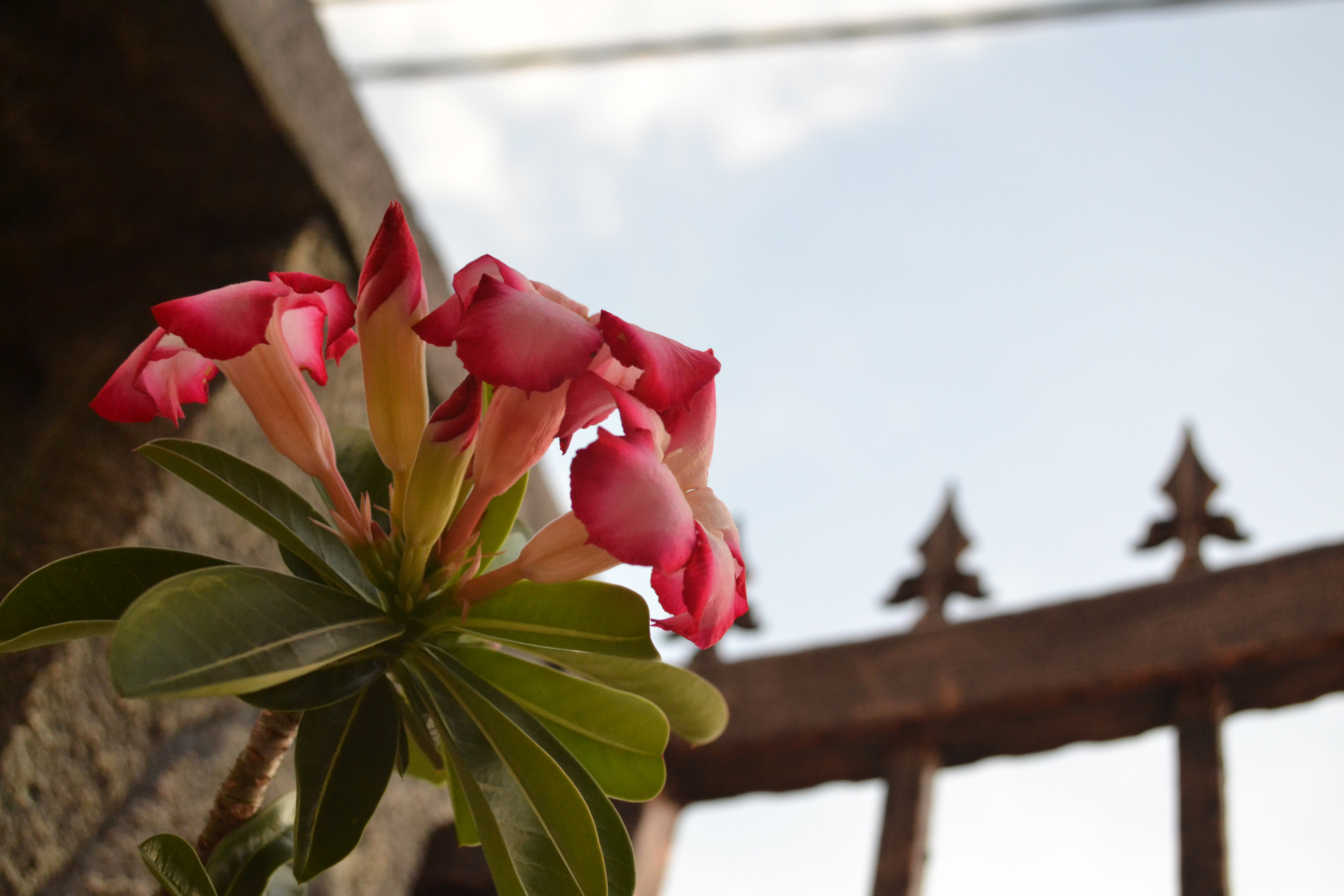 Flowers and nature have got to be some of my favourite subjects to shoot for. As someone who is also very interested in photography, I find it admiring that we can capture the beauty in little things that people don't always notice in their everyday lives.

The seemingly interminable capabilities of the Internet enable us to share pieces and bits of our everyday lives with instantaneous reach, feedback and engagement. As a content creator, it is absolutely motivating and encouraging when we see the results of our hard work with customers interacting on the posts. Even the thought of it thrills and gets the excitement bubbling in us, knowing that we have successfully delivered an impression and people are buzzing about it. I must say that it is indeed, quite an unexplainable feeling.

To me, that is part of the immeasurable beauty that Mass Communication holds and it is also what most people generally fail to see. The possibilities and opportunities are fathomless, only limited by the sky. There is no right or wrong and as dynamically as it can be, there are so many things for me to explore and try out. Everyday is an adventure because not one is the same as the other. Mass Communication is more than communicating and conveying messages. Oftentimes, you find yourself shaping impressions, inspiring, influencing and vice versa. Mass Communication has the power to connect the world, has done so and will continue doing it until the end of time.